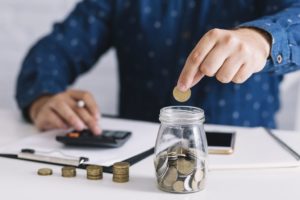 A new study out of Emory University in Atlanta says raising minimum wage could lead to fewer suicides.

“If you’re concerned about your well-being every single day and for your future, you are likely struggling emotionally and struggling with trying to keep a positive outlook about life,” Quenneville told Global News, adding she found the study’s link between minimum wage and suicide alarming and hopes policy-makers take notice.

Published Jan. 7 by the Journal of Epidemiology & Community Health, Effects of increased minimum wages by unemployment rate on suicide in the USA concluded that minimum wage increases appear to reduce the suicide rate among those with a high school education or less, and may reduce disparities between socioeconomic groups.

Researchers identified that the effect of a $1 increase in the minimum wage ranged from a 3.4-5.9 per cent decrease in the suicide rate among adults aged 18-64 years with a high school education or less. The largest effects of minimum wage on reducing suicides were observed at higher unemployment levels.

CMHA Ontario has consistently called for mechanisms that raise the income levels of Ontarians in general, more specifically for persons with mental health and addictions issues, as income and employment are among the social determinants of health.