Home » News » OPP have saved more than 100 lives with naloxone 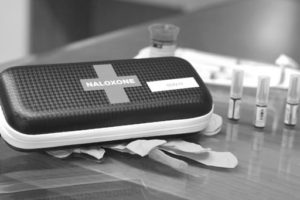 Since 2017, the Ontario Provincial Police (OPP) have saved the lives of more than 100 people who were experiencing a drug overdose by administering naloxone, according to new information released on the OPP’s website.

In response to rising overdose occurrences, in 2017 all OPP front-line workers were trained in the use of naloxone and provided kits to use while on shift. In total, 102 lives have been saved so far as a result.

“The OPP recognizes lives are being lost due to the opioid crisis and we are taking action,” said commissioner Thomas Carrique. “Saving lives by administering naloxone is just one step. Our officers embody the spirit of the Good Samaritan Drug Overdose Act as they assist and protect overdose victims while continuing to criminally charge those responsible for trafficking substances that are causing overdoses and sometimes death.”

In 2016, Ontario announced a provincial strategy addressing opioid addiction and overdose, outlining steps to modernize the process of opioid prescribing and monitoring, improving the treatment of pain, and enhancing addiction supports and harm reductions. Part of this strategy included expanding access to naloxone, an opioid antagonist, for which Canadian Mental Health Association, Ontario Division created a resource. Reducing Harms: Recognizing and Responding to Opioid Overdoses in Your Organization takes a harm-reduction approach to the opioid epidemic in Ontario, provides steps to administering naloxone and guidelines for implementation at an organizational level.