Home » Addictions and Problematic Internet Use

Social Network Sites (SNS) are “web-based services that allow individuals to (1) construct a public or semi-public profile within a bounded system, (2) articulate a list of other users with whom they share a connection, and (3) view and traverse their list of connections and those made by others within the system.”1 These virtual communities, also known collectively as social media, allow for a user to engage with other people based on the common interests to share, co-create or exchange information, ideas, photos or videos.2 There are hundreds of SNS platforms globally, and there has been a steady rise in usage since the first SNS was launched in 1997.3 In 2016, the most popular social media sites in Canada were Facebook, Youtube, Twitter and Pinterest, with Snapchat and Instagram becoming increasingly popular among younger users. Facebook continues to be the most popular social media site internationally, with 18 million users in Canada and 70 per cent of users engaging with the site daily.4

With high numbers of people who use SNS, there are increasing concerns about the links to mental health and addictions-related issues, specifically among young people. This five-part, “Social Media and Mental Health” series by Canadian Mental Health Association, Ontario will explore some of the current literature about internet and SNS use, mental health and addictions, as well as highlight promising practices both within Ontario and internationally.[/highlight]

According to a recent survey by the Centre for Addiction and Mental Health, 86 per cent of students in Ontario visit social media sites daily and about 16 per cent spend five hours a day or more on social media.5 For some people, high rates of SNS use can lead to compulsive behaviours with symptoms similar to addictions when SNS use is restricted or stopped.6 Despite the possible negative consequences of frequent SNS use for some, internet addiction is not officially recognized as a psychological disorder in the Diagnostic and Statistical Manual of Mental Disorders (a manual that provides diagnostic criteria for mental illnesses). However, some researchers have identified and acknowledged that patterns of continued use are “capable of altering the mood, motivation, concentration and producing a dissociating and disinhibiting experience for users.”7 For some people, frequent use of SNS can lead to patterns that can be compulsive and have negative impacts.

Research also suggests that there are similar neurological responses between compulsive SNS use and addiction to substances. For example, by using MRI scans and monitoring activity in the nucleus accumbens (the reward centre of the brain), researchers examined how social media use affected the brain. They found that the reward centre of the brain was often more activated after receiving positive social media feedback, such as when their peers provided ‘likes’ on Facebook posts. One of the researchers, Dal Meshi, notes that “[a]s human beings, we evolved to care about our reputation. In today’s world, one way we are able to manage our reputation is by using social media websites.”8 The changes in the participants’ brains that resulted from positive feedback on an SNS site were similar to individuals who experience addiction to substances like drugs or alcohol.

Another study notes that individuals who frequent SNS sites have greater activation in their amygdala, which is the part of the brain that is connected to impulsive behaviour. This part of the brain is also activated with people who use substances problematically.9

There are a wide range of risk factors for addiction, including age, peer pressure, relationships to family and/or community, and pre-existing mental health issues. As a result, it is important to view problematic behaviours, such as internet addiction or gambling, through a bio-psycho-social lens, which is similar to the way some view substance use-related addictions. This approach allows for an understanding that there is not one fixed reason for an addiction. Instead, addictions can be a result of a combination of biological, psychological and social factors that impact an individual’s behaviour.

Often, there may be other reasons, such as low self-esteem, loneliness or depression, that may contribute to a person using the internet problematically. A bio-psycho-social perspective can provide a framework for understanding the many complex factors that could contribute to someone having a problematic relationship with SNS.

Some researchers suggest that social networking platforms are a new form of communication and that society is still learning how to adapt. They suggest that there are similar concerns regarding problematic use of technology. For example, previously there were concerns about addiction with other forms of new technology, including television. While there are concerns about a growing number of individuals who have problematic relationships to social media, there is also evidence to suggest that some social networking sites can have positive impacts for individuals who are seeking support for issues related to the internet/SNS and mental health and addiction.

While researchers have identified that excessive use of online social networking may be particularly problematic to young people, there are promising practices that have emerged to provide both awareness, psycho-education and practical skills to adapt to SNS.

One researcher suggests the role of psychoeducation to “teach people how to adapt to a new communication environment in a healthy and effective manner. Classes, seminars and public campaigns could be implemented in academic institutions and workplaces to teach people how they can optimally manage new communication channels and the risks that they may carry.”10 This suggestion would allow for broad conversations about the strengths, benefits, and potential issues with new forms of communication in an educational setting.

In addition, the role of parents and caregivers is also an important consideration. Tools and resources, such as eMentalHealth.ca, are available to help parents have conversations with their children about internet consumption and ‘cyber mental health.’ It is not realistic for many, especially younger users, to completely abstain from technology. But balancing screen time with other aspects of life may mitigate some of the negative consequences of excessive SNS use. eMentalHealth.ca encourages families to ‘unplug’ by spending quality, tech-free time together, setting limits on technology, specifically around bedtimes and meal times, discussing ground rules for cell phones and having open discussions about social media and the role it plays in their lives.

Schools also play an important role in media education. Ontario was the first province to mandate media literacy programs and has implemented curriculum that addresses safe SNS use with age-appropriate lesson plans. For example, younger students learn about respectful communication and strategies for safe internet use. Students in Grade 4 and up will learn about the benefits and risks of social media, and also the ways in which to respond to online bullying. Students in middle school will learn more about the risks of online privacy and managing SNS use responsibly.11

Media education not just for kids

It’s important for adults to be aware of the risks of excessive social media use as well. Time Well Spent is a website developed by Tristan Harris, a former Google product manager who suggests that that social media apps are developed and engineered to be addictive, encouraging users to check in consistently. Harris compares design techniques used for apps to be similar to gambling, where individuals continue to obtain rewards by checking their smartphones and seeing notifications, similar to gamblers who continually pull the lever of a slot machine hoping for a payout. Harris states that the main goal for companies is to produce technology that is developed to keep our attention indefinitely. To combat this trend, he began Time Well Spent and works with programmers and the tech industry to develop products designed to make better use of our time. In his words, social media apps should be developed to help the user ‘reclaim our attention.’[/highlight]

As a response to a growing trend in people using Facebook frequently, a website entitled 99 Days of Freedom was developed as a way in which to support and challenge individuals who want to take a ‘break’ from the social media site. Participants are challenged to log off from Facebook for 99 days and researchers would test the corresponding impact on mood through a set of surveys at 33, 66 and 99 days. According to researchers, individuals who successfully complete the campaign would benefit from having recouped 28 hours, given their research showed that Facebook users spend an average of 17 minutes on the site daily. The website tracked participant results and noted that there are numerous ‘triggers” that prevented people from reaching the 99 days. Most notably, individuals would return to Facebook when they experienced low mood or reported low self-esteem.12

This evidence suggests that it is important to understand the underlying factors and motivations for why people may use SNS in problematic or excessive ways. SNS are platforms for communication that are now a way of life for many. Explaining the phenomenon of problematic SNS use requires an examination of the user using a bio-psycho-social approach. This can help determine what motivates them or what reward or gratification they seek when using social networking sites.

The Centre for Internet and Technology Addiction

Unplug (from Technology) and Connect: Keeping Families Strong in a Wired World (Ementalhealth)

12 Kardefelt-Winther, D. (2014). A conceptual and Methodological critique of internet addiction research Towards a model of compensatory internet use. Computers in Human Behaviour. Pp. 351-543 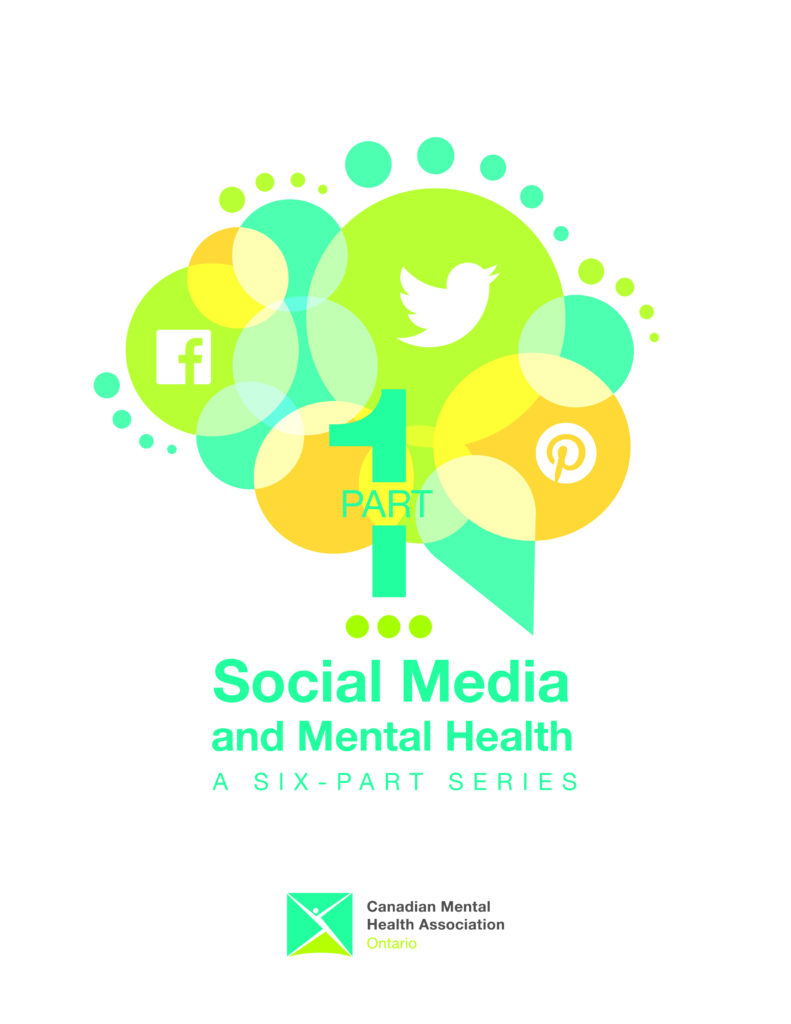 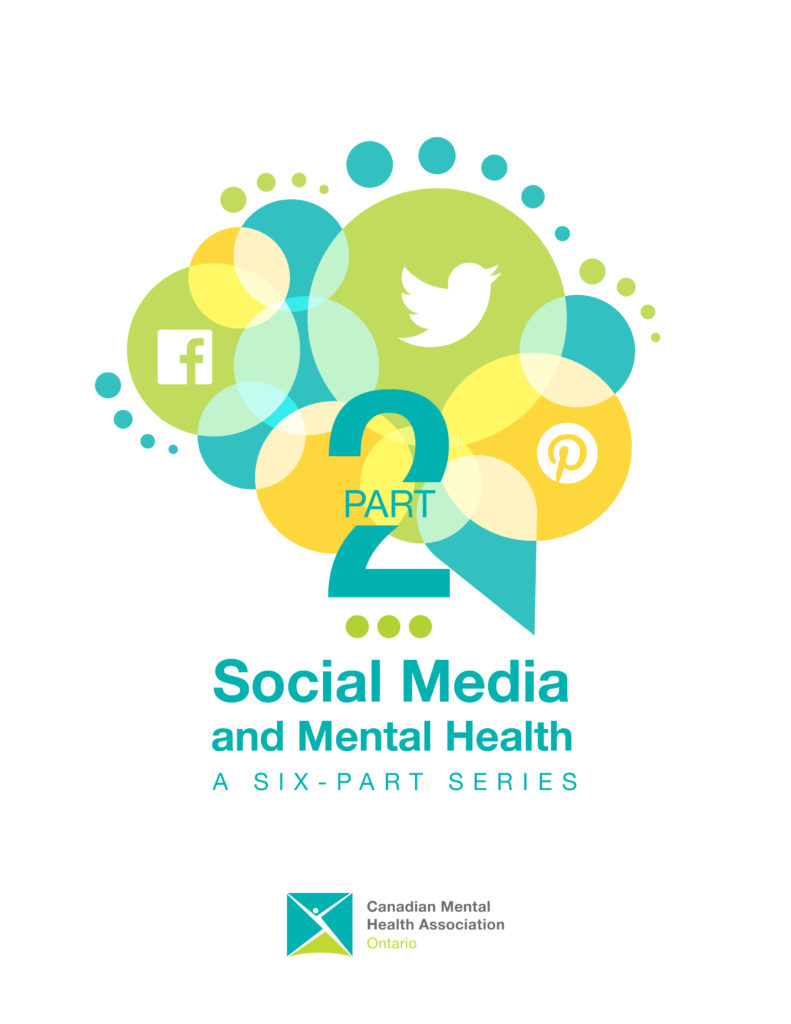