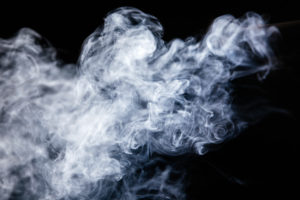 In January, the promotion of vapour products will only be permitted in specialty vape stores and cannabis retail outlets accessible by individuals aged 19 and over.

“This ban on the promotion of vapour products by the government of Ontario is a very positive step forward to addressing the harms related to youth vaping by preventing youth from being exposed and influenced in retail settings,” said Canadian Mental Health Association, Ontario Division CEO Camille Quenneville. “This decision by government was a direct result of consultations with stakeholders, emerging research by health experts, and evidence from recent hospital reports. It will allow for regulations for in-store promotion of vapour products in alignment with those for tobacco under the Smoke Free Ontario Act.”

“CMHA Ontario would like to congratulate the Hon. Christine Elliott, Minister of Health, on this initiative and her ongoing commitment to the health of youth and adolescents. We welcome the opportunity to partner with government to develop public awareness campaigns to ensure Ontarians are making informed decisions regarding the risks and benefits of substance consumption, especially as it relates to mental health and addictions.”

Research has shown the rising popularity of vapour products in recent years, with the highest uptake among youth aged 16-19. Despite Health Canada’s efforts to prevent companies from making products attractive to youth, including not permitting vaping product scents that could appeal to children, it’ is difficult to predict and counter the power and influence of marketing. While research on the long-term risks of vaping is ongoing, existing evidence suggests the harms associated with vaping tobacco increase significantly with the presence of substances other than tobacco.