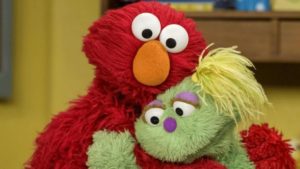 Sesame Street is educating children on the realities of the opioid crisis in the U.S.

Sesame Workshop, a non-profit branch behind the show, has introduced the backstory of a bright green muppet named Karli who has a mother battling addiction.

In the online episodes, Karli tells Elmo and another muppet about her mother’s meetings as well as special kids-only meetings where Karli gets to spend time with other children who are going through the same experience.

The new segment is available on the Sesame Street in Communities website, a portal that covers a range of topics including grief, family divorce and traumatic experiences.

Research shows 5.7 million children under the age of 11 in the U.S. live with a parent with a substance use disorder. The opioid crisis has also had a devastating effect on Canada, leading to over 1,400 deaths during 2018 in Ontario alone.

Ontario announced a provincial strategy in 2016 addressing opioid addiction and overdose. Part of the strategy included expanding access to naloxone, an opioid antagonist, for which CMHA Ontario created a resource. Reducing Harms: Recognizing and Responding to Opioid Overdoses in Your Organization takes a harm-reduction approach to the opioid epidemic in Ontario, providing steps to administering naloxone and guidelines for implementation at an organizational level.