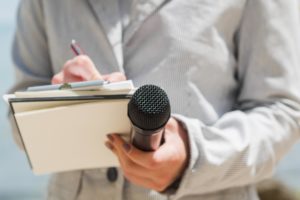 Canadian Mental Health Association (CMHA), National and the Canadian Journalism Forum on Violence and Trauma have partnered to create two new journalism awards for reporting on the mental health of young people.

CMHA is the official sponsor of the awards, which will be run by the Forum and independently adjudicated.

Mindset and En-Tête are Canada’s leading guides on mental health reporting, developed by the Forum. First published in 2014, they have expanded through three editions, with financial support from the Mental Health Commission of Canada.

The new awards have been framed to embrace stories involving the mental health of children, youth and young adults, including a broad range of issues, situations or conditions that can contribute to suicide.

Each of the new awards will offer main prizes of $1,000, with additional prizes for honourable mentions. Work first published or broadcast in Canadian media at any time in 2021 will be eligible. Online applications will open in January 2022, with winners announced in May.

The Canadian Journalism Forum on Violence and Trauma is a charity dedicated to the physical safety and mental well-being of journalists, their audiences and the people on whom they report. Learn more at www.journalismforum.ca.