Social Network Sites (SNS) are “web-based services that allow individuals to (1) construct a public or semi-public profile within a bounded system, (2) articulate a list of other users with whom they share a connection, and (3) view and traverse their list of connections and those made by others within the system.”1 These virtual communities, also known collectively as social media, allow for a user to engage with other people based on the common interests to share, co-create or exchange information, ideas, photos or videos.2 There are hundreds of SNS platforms globally, and there has been a steady rise in usage since the first SNS was launched in 1997.3 In 2016, the most popular social media sites in Canada were Facebook, Youtube, Twitter and Pinterest, with Snapchat and Instagram becoming increasingly popular among younger users. Facebook continues to be the most popular social media site internationally, with 18 million users in Canada and 70 per cent of users engaging with the site daily.4

With high numbers of people who use SNS, there are increasing concerns about the links to mental health and addictions-related issues, specifically among young people. This five-part, “Social Media and Mental Health” series by Canadian Mental Health Association, Ontario will explore some of the current literature about internet and SNS use, mental health and addictions, as well as highlight promising practices both within Ontario and internationally. 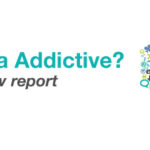 According to a recent survey by the Centre for Addiction and Mental Health, 86 per cent of students in Ontario visit social media sites daily and about 16 per cent spend five hours a day or more on social media. For some people, high rates of SNS use can lead […] END_OF_DOCUMENT_TOKEN_TO_BE_REPLACED